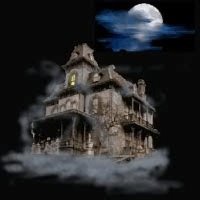 Both shows were produced by DARKER PROJECTS, and I know you will enjoy them. In fact, THE HOUSE IN THE CLOCK will air on the Colonial Radio Theatre XM program Halloween night!
Congrats to both Derek and Diane - you both turned in great performances in these episodes.
Posted by JR at 6:06 PM