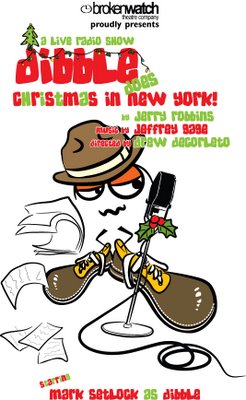 Previews start today in NYC for DIBBLE DOES CHRISTMAS IN NEW YORK! at the Michael Weller Theater. Drew DeCorleto is directing a fantastic cast, and I wish them all a ton of success! The plays official opening is Monday night, the 11th!

More writing today.
Posted by JR at 11:44 AM No comments: 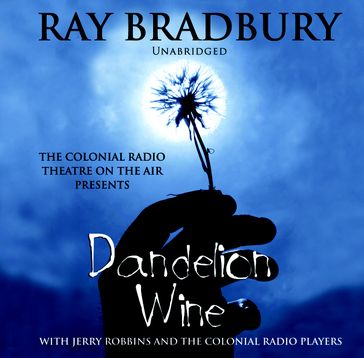 Our production of RAY BRADBURY'S DANDELION WINE is released on Jan.5th from Blackstone Audio! Here is the official cover art! It's already available for pre-sales in the usual places (Amazon, Borders, ect) and I have a good feeling about this one! Not only is it a magnificent script (by Mr. Bradbury himself), but the cast just nailed it - and lets not even start to talk about Jeff's music score! Anyway, it's going to be exciting to get this one out the door!
Posted by JR at 12:51 AM No comments: 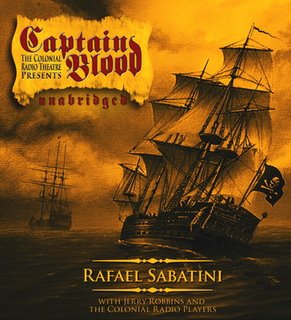 HOW ABOUT A PIRATE FOR A CHRISTMAS GIFT? I was at Barnes and Noble over the weekend and saw three copies of our CAPTAIN BLOOD on the shelf! Next month I get the numbers and see how it did in release. Talk about nerve wracking!! Still, I think it continues to sell judging by the sales ranking on Amazon and B&N.com, but you can't really tell as those systems ARE rocket science!

Now I need to play "catch up" on Powder River, as I have missed two planned recording sessions. I got a little bug that caused me to lose my voice completely, and I had to finish a script for the next Bradbury production, AND get new programming ready for our XM show - so Powder River writing suffered and the scripts didnt happen.

We have recorded all the PHIL BYRNES scripts we had, and now the final 4 episodes are in post production! Sable Jack did a great job with this series, and I hope she likes the final product! This will be on our XM show in January, and we will offer it for download soon, and eventually a CD release!

Looks like our stage production of William Luce's magnificent play BARRYMORE will rise from the packing trunks for an engagement in Gloucester, MA at the WEST END THEATER. We haven't locked in a date yet, but I think it will be late March or April. Joe Zamparelli will direct again, and we are auditioning the other role in the show. This is very exciting, because it's my favorite play to do, and the last time we performed it was at the Derry Opera House in Derry NH. The GOOD news is, that I need to get in fighting shape for the stage, which means ATKINS DIET again!! So if you're in the Gloucester MA area, I hope you come see the show and say hi afterwards!