TO REMAKE, OR NOT TO REMAKE

Very soon, CRT will record its 220th production. I've been lucky enough to have been able to record some of my all-time favorite books as radio plays (Captain Blood, Treasure Island, The Wizard of Oz, Kidnapped, Sleepy Hollow, Something Wicked This Way Comes,) and for the most part, I am happy with the end results. However, in some cases, there are little things that nag me about some of the programs. After a few years, the nagging doesnt get better, and decide to record the entire production over again! This was the case with TREASURE ISLAND, and A CHRISTMAS CAROL. The versions in release now are the versions I'm happy with (except the old TREASURE ISLAND is still on Audible. Try getting Audible to change anything in a year or less). So, today I tune in to a small section of our RED BADGE OF COURAGE, and the nagging in my head began again!! I know I could cast the lead role better if I were to do the show over, however I think I would still stick with my "no music score" concept, as I want the show to have a documentary feel to it .... but the pace would move faster. Its a good production as it is now - but I would rather have a great one.

Our first round of FATHER BROWN episodes wrap on Monday night after five weeks of recording. More on the way, but I won't be going right into them; we'll start up late Spring on those. These will be released as "Vol.1," so I'll keep you posted as to when.

VENUS- with my all-time favorite, Peter O'Toole. I couldn't get into this one; it tries hard, but the girl was just plain annoying, and I've seen this story premise somewhere else ... but I cant recall it. Should Peter win the Oscar? Yes, I think he should. It may not be his best picture, but he is still one of the worlds greatest actors and turns in a masterful performance here. Hollywood should make the other contenders wait 40 years or so, as they have this man. But they wont. Most of the voting academy are under 40 and have no idea of Hollywood history; just what's hot at the moment.

ELIZABETH 1st. An HBO DVD I just watched. You know - I really like the older movies when they would cut off Mary Queen Of Scots' head and we didn't see it up close and personal - not to mention the drawing and quartering scene .... too much for me. The acting was fantastic though, and next time I know when to fast forward. 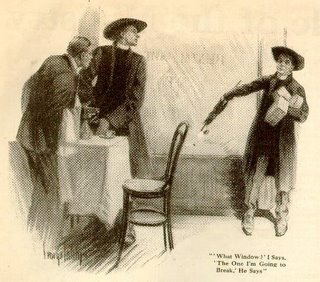 We've been running some new programs on our XM show. The first - A PHIL BYRNES MYSTERY had a run of 7 episodes last week, followed by THE DEAD LINE for three episodes. DEAD LINE is produced in Canada by Sonic Cinema. Anyone hear the broadcasts? What do you think?

Tonight we continue recording THE FATHER BROWN MYSTERIES with two new episodes; this will bring our total to 7 episodes, and we record the final one next week. Well, there will be more, but as far as a CD release, Vol. 1 goes - we're done! We'll continue recording in April or May most likely.

POWDER RIVER, SEASON FOUR is just about wrapped up with post-production. It airs on XM in just about five weeks (after season three repeats, starting this Wednesday).
Sixty episodes total! I never thought we would do more than 15!
Posted by JR at 10:18 AM 2 comments: