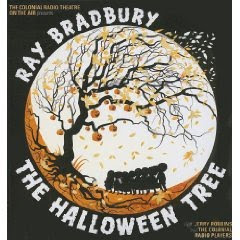 The Legend of Sleepy Hollow

What a crazy month it has been. There are lots of things going on at CRT that we STILL cannot mention - but soon! Very soon. Our Sirius/XM show is doing great! We started our 5th Season September 11th, and we are running new episodes every Friday from now till next June! The Mon-Thur. slot will be filled with encores and there are more specials coming as well.
Starting October 23rd, our new series JARREM LEE - GHOST HUNTER will have it's world premier. A mixture of Sherlock Holmes and monsters, it's a fun series created by Gareth Tilley in England. We are producing 12 episodes. The first six play Fridays thru Nov. 27th, and will be released as downloads after they air.

Also "new" in October, will be our 1997 production THE STORM BREEDER. This was produced as part of our "Candlelight Tales" from our early days. I don't think this has been broadcast before; but here is a newly edited version that I think listeners will like. This will air Oct. 27th.

Airing Oct. 28th will be DIBBLE'S SLEEPY HOLLOW. This was cut from our 2003 special "Dibble's Halloween Spooktacular." We have made a half hour show from Dibble's skit "Legend of Sleepy Hollow," which was the focal point of the special.
Posted by JR at 1:49 AM No comments: