BE THE FIRST TO HEAR CRT'S BARRYMORE 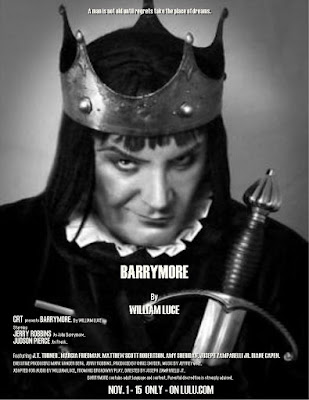 
The Colonial Radio Theatre
On The Air
Presents

And The Colonial Radio Players

The Spring of 1942.
One month before John Barrymore's death.

John Barrymore was the black sheep of America's most illustrious
acting family. Celebrated for his charisma and matinee idol looks, he
was for awhile America's most popular actor. Famous for his stage
roles in Richard III and Hamlet, he also made more than fifty films.
But alcoholism soon dissipated his talents, and he became known more
for his Falstaffian behavior and outrageous high jinx than for his
art. In CRT's Barrymore, William Luce has adapted his acclaimed
Broadway hit especially for audio in this stunning production.

Grateful acknowledgement is made to Will Fowler for his generous co-
operation in supplying basic material for this play from his books,
articles and personal remembrances of John Barrymore.

Barrymore contains adult language and content. Not appropriate for
younger listeners.
Posted by JR at 9:23 AM No comments:

NOW HOW COOL IS THIS 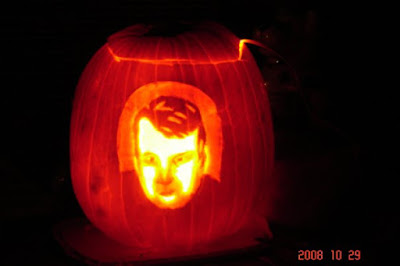 This is one scary looking Jack-O-Lantern! Janet Ross, from PA, made this Jack-O-Lantern with yours truly carved into it! I mean, AWESOME! I am really touched that someone would go through all this trouble! Thanks a ton, Janet. I wonder if, in a week, when it starts to sag and cave if that will be any indication as to what I may look like in thirty years!? :) Thanks again! It's great!
Posted by JR at 3:58 PM No comments: 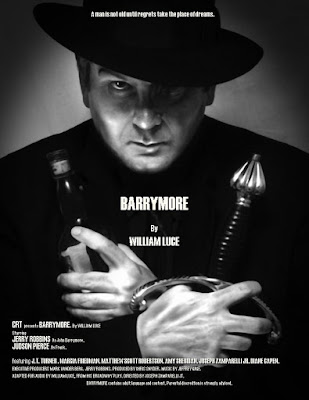 For TWO WEEKS ONLY, NOV. 1-15, be the FIRST to hear CRT's newest
production, BARRYMORE, by William Luce. This is the Broadway Hit that
starred Christopher Plummer, and it has been adapted for audio for CRT
by the playwright himself, William Luce.
The show will be available for two weeks only, as a download, on Lulu, and then it
will be pulled until the CD release April 1, 2009.
Posted by JR at 10:42 AM 2 comments:

We haven't recorded anything since Sept.8th, as we were closed for renovations; and yesterday we started work on the Colonial Radio Christmas Special! We actually recorded in Westford, MA (music only), in a fantastic 10 hour session! We are back there today at 1pm, so Connor Doherty can record his parts, and then tomorrow night we're back at CRT-1 to record the dialog, and then back to Westford for solo numbers later in the week. Look for this one the day after Thanksgiving on Lulu.Com, and on XM in December. Last night I got home close to midnight, then watched a movie, then at 3:30am had a call with Chris Snyder as he finished the final assembly on two more Jerry and the Pirates episodes, and discussed the schedule for the work week. We've lost Byron Lee as a producer, so we are juggling things around to keep all our projects on schedule. So far, so good! Off to the races!
Posted by JR at 11:23 AM 1 comment: