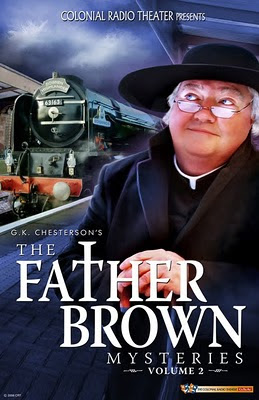 CRT's THE FATHER BROWN MYSTERIES are quickly becoming a favorite in CD sales and Downloads. This coming August we will be releasing Vol. 2 on Brilliance Audio, and more episodes will soon be going into production. THE FATHER BROWN MYSTERIES are dramatized by M.J. Elliott from the original works by G.K. Chesterton, and star J.T. Turner as Father Brown.
Vol. 2 will be released on August 9th.
Posted by JR at 11:40 PM No comments:

BLOOD is a re-release, having first been available in July of 2006. The Brilliance release has some very subtle changes and it is still one of my favorite productions.
It's so nice to be at Brilliance!
Posted by JR at 1:50 AM No comments: