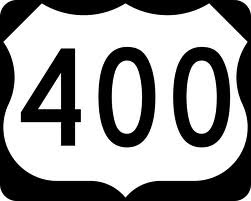 It's been a long road since we recorded BATTLE ROAD in the spring of 1995, to LOGAN'S RUN - LAST DAY on a snowy day in February, 2011. Lots of fun, lot's of work, lot's of memories. So many cool projects lined up for this year - including - yes - the final episodes of POWDER RIVER. Stay tuned!
Posted by JR at 10:15 AM 1 comment:

This week we will begin recording William F. Nolan's LOGAN'S RUN - LAST DAY, with a great script by Paul Salamoff. Paul's script is based on the original novel, LOGAN'S RUN by William F. Nolan and George Clayton Johnson, and also LOGAN'S WORLD and LOGAN'S SEARCH by Mr. Nolan. It's one of the most exciting scripts I've seen and everyone is very excited to get started on it. Recording will finish on March 5th. LOGAN'S RUN - LAST DAY will be released by Brilliance Audio on July 5th.

Also, next week we will record THE ABOMINABLE DR. PHIBES - THE DEADLY COMEDY, as part of our VINCENT PRICE PRESENTS series. Although it will not be released until October, it will be broadcast on SiriusXM as part of the Vincent Price Centennial Celebration at the end of May.

M.J. ELLIOTT is hard at work on a new script for us, QUATERMAIN, based on the Bluewater Comic. This will be recording in the Spring. We don't have a release date set yet.
Posted by JR at 12:01 AM No comments: