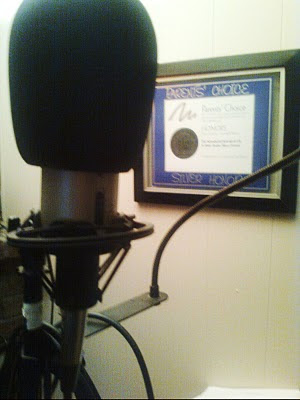 Today we start recording ... PROJECT X. No, thats not really the title, but Project X is what we call EVERYTHING now that we don't want snoopy people finding out about and then going behind our backs to cut their own deals ... THAT ain't gonna happen again, you can bet on that. ANYWAY, we'll announce it soon, and it will then be replaced by ANOTHER Project X.

AUG. 4th we start rolling on VINCENT PRICE PRESENTS! Cool horror episode set in the Amazon! Gonna be a scary one.

MJ turned in the revised FATHER BROWN - THE ARROW FROM HEAVEN (which will replace the version recorded in 2007), and also JARREM LEE EPISODE 18. I did one more round of notes.
Posted by JR at 2:16 AM 2 comments: 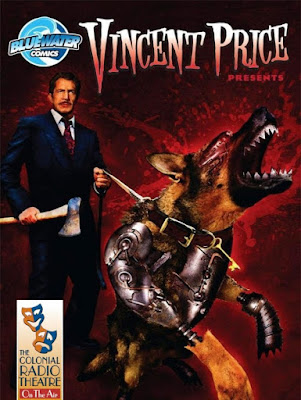 Our new series has begun production! Produced in association with Bluewater productions, it's VINCENT PRICE PRESENTS. The first episode, adapted for audio by MJ Elliott, will record on Aug. 4th!
Posted by JR at 5:07 PM No comments:

Recording session with Anastas at high noon; we should wrap this project next week. This kid gets better and better. He's come a long way since SOMETHING WICKED THIS WAY COMES four years ago!

Then I continued with notes for BUCK ALICE and also some notes on upcoming scripts, followed by scheduling sessions through August. We will be recording our 1st VINCENT PRICE PRESENTS the first week in August! Grab your Pith Helmet or Solar Topee - we're going to the Amazon!
Posted by JR at 11:41 PM No comments:

ON THE TRAIL OF THE BIG HORN

This week on IMAGINATION THEATER, Jim French presents CRT's POWDER RIVER - ON THE TRAIL OF THE BIG HORN. Free streaming till next Monday.

POWDER RIVER - ON THE TRAIL OF THE BIG HORN
Posted by JR at 1:05 AM No comments: