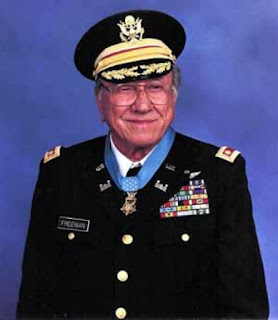 More snow is falling! Enough! It's tough recording in New England with snowstorms every week. Anyway, today I'm working on sprucing up the sound files on KING SOLOMON'S MINES which will see its first REAL CD release on April 12th. Why do I say REAL? Because it won't be released in a hushed whisper with no chance for distribution as was the case in 2008. Later today I need to work on the Paul Salamoff's awesome LOGAN'S RUN script (just radio-izing it).

NEED MORE HOURS IN THE DAY!

Now, yesterday, a friend sent me an email; about a man who passed away in 2008; one of those emails you are supposed to forward to people. Well, I read it, was greatly moved by it, but then went on to other things and forgot about it - until just a few minutes ago when my computer came up with a huge (Blocked in red) headline - BREAKING NEWS STORY - all about Regis Philbin retiring. REALLY? THAT is considered a breaking news story?

Made me think of the email my friend sent.
Here it is.

You're a 19 year old kid.
You're critically wounded and dying in
The jungle somewhere in the Central Highlands of Viet Nam .
It's November 11, 1967.
LZ (landing zone) X-ray.
Your unit is outnumbered 8-1 and the enemy fire is so intense from 100 yards away, that your CO (commanding officer) has ordered the MedEvac helicopters to stop coming in.

You're lying there, listening to the enemy machine guns and you know you're not getting out.
Your family is half way around the world, 12,000 miles away, and you'll never see them again.
As the world starts to fade in and out, you know this is the day.
Then - over the machine gun noise - you faintly hear that sound of a helicopter.
You look up to see a Huey coming in. But.. It doesn't seem real because no MedEvac markings are on it.

Captain Ed Freeman is coming in for you.
He's not MedEvac so it's not his job, but he heard the radio call and decided he's flying his Huey down into the machine gun fire anyway.
Even after the MedEvacs were ordered not to come. He's coming anyway.
And he drops it in and sits there in the machine gun fire, as they load 3 of you at a time on board.
Then he flies you up and out through the gunfire to the doctors and nurses and safety.
And, he kept coming back!! 13 more times!!
Until all the wounded were out. No one knew until the mission was over that the Captain had been hit 4 times in the legs and left arm.
He took 29 of you and your buddies out that day. Some would not have made it without the Captain and his Huey.

May God Bless and Rest His Soul.

I bet you didn't hear about this hero's passing, but we've sure seen a whole bunch about Lindsay Lohan,Tiger Woods and the bickering of congress over everything.