On Thursday we finished our 16th episode of BEACON HILL, closing out the season. A long production summer (most of it during a heat wave) with this series that had its premiere on Sirius XM Dec. 30th 2012.  The episodes are now in post production and we plan to release Series 3 (Eps 9-12) in October, and series 4 (Eps 13-16) shortly after; alas, with the demise of Book Radio on XM, they will premiere as downloads - not broadcast.

Busy week; wrote four new episodes of POWDER RIVER in the past week - each in one sitting, just like the old days (of course, the one sitting lasted about 16 or 20 hours, depending on the show) - but the words and scenes just flowed out; which I am sure is because the characters are so well defined after all the episodes we've done, that their actions just happen naturally now. I remember struggling through seasons 1 and 2, and even 3 and 4 were a chore at times ... but so far, now in season 8 - it's just moving along with no issues.
I think it's because after completing 16 scripts for our drama, BEACON HILL, which were 70 pages each, with multiple sub-plots, completing a 35 page  POWDER RIVER script is, in comparison, is a walk in the country!
Feeling productive at the moment! So, since last week, wrote
THE LAW AND HIS SON Part 1
THE LAW AND HIS SON Part 2 (in one sitting!)
MRS. OCTAVIA HUDSON (in one sitting!)
THE HAPPY TIMES (in one sitting)

Only three scripts to go for this season. I am not writing all this to brag - far from it. I'm just happy that after having some very difficult slumps on the POWDER RIVER series, that suddenly everything is humming along.  The scripts may be lousy for all I know; the point I'm trying to make is, they didn't cost me my nervous system to finish them. So far I've written 111 POWDER RIVER episodes! Clearmont, WY has never been so busy! I wonder if we have any listeners in Clearmont?

Wed. night I had a pick up session for BEACON HILL, recording scenes in Episodes 11 and 12 that I couldn't get when we recorded them in June.

Tonight, we have our final recording session for BEACON HILL, as we are on our 16th episode. Not sure if we're coming back - at the moment I would say no, but we'll see how the series goes over with everyone.

Thats all for now! 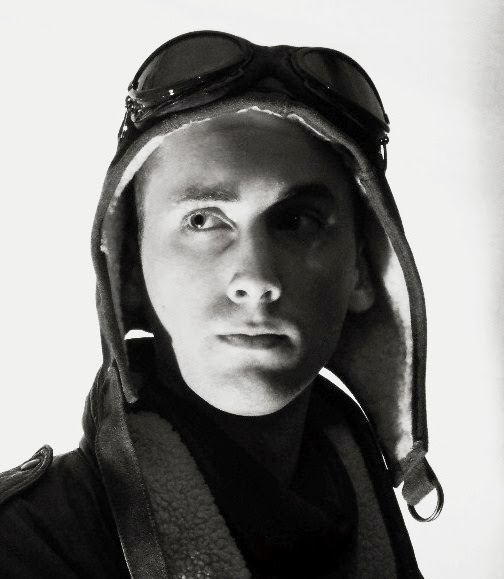 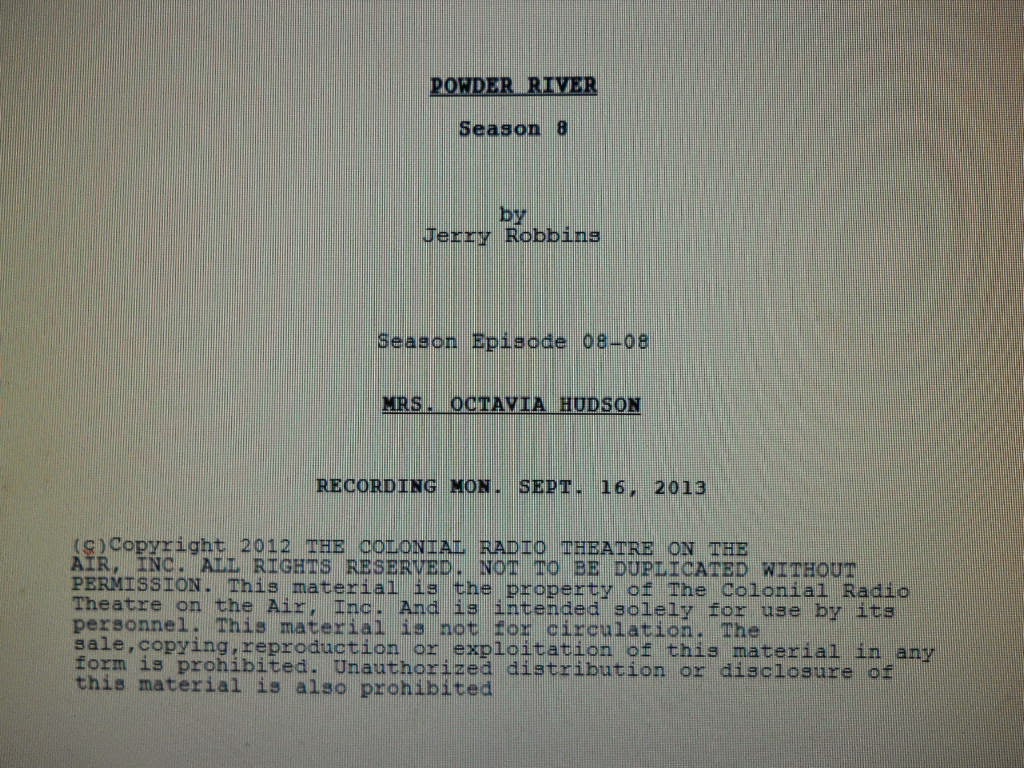