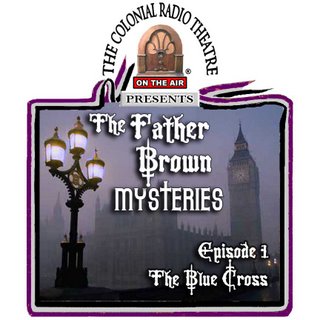 Just released our first FATHER BROWN episode, THE BLUE CROSS. It's on Spoken Network. Check it out!
We're recoding these episodes for the next three weeks, for a total of eight episodes. We'll do another eight after that, as soon as the scripts are underway.
Our newest editor, Matthew McLaren is the producer on this series, and he's doing an outstanding job! I think this will be a fun series, and we have a lot of new actors.
Posted by JR at 1:48 PM No comments: