THE RIVALS - ON CD 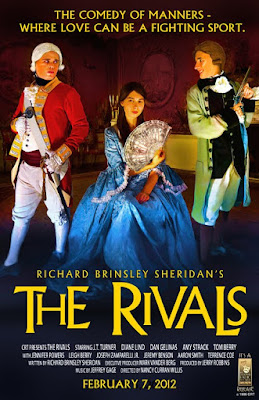 We are excited about the upcoming release of our production of THE RIVALS. Recorded in 2005, it has up until now, been only available as a download. 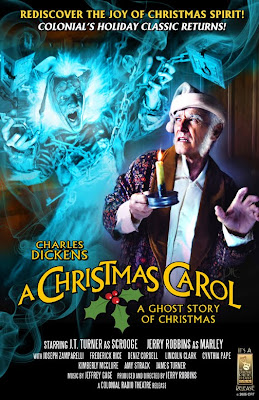 Yes, it's the end of summer, and yes, we still need to get through Halloween with our YANKEE CLIPPER AND THE ADVENTURE OF THE GOLDEN SPHINX and THE LEGEND OF SLEEPY HOLLOW, but I wanted to show off the brand new cover art for our re-release this fall of our 2004 production of A CHRISTMAS CAROL. The artist is Jeff Hayes, who is designing most of our new covers for Brilliance.

We recorded this version of A CHRISTMAS CAROL in 2004, and it replaced the version we did in 1999, which was available for download only. Our former publisher, Blackstone Audio, released it in a set with our other Dickens Christmas shows in 2007.

Brilliance released it last November, and it will be back THIS Christmas with the new artwork.
Posted by JR at 10:00 AM No comments:

CRT ON FACEBOOK
Posted by JR at 1:59 AM No comments: THE ALAMO - ON CD 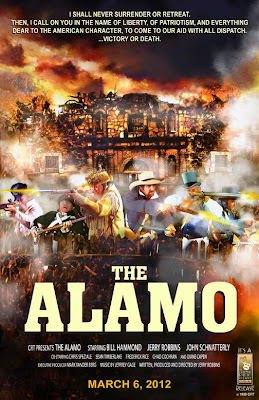 In January of 1999 we recorded THE ALAMO. Originally released on audio cassette (anyone under 20 know what an audio cassette is) , and then for download on sites like Audible and the now defunct Spoken Network.FINALLY it is being released on CD. This version has been re-cut, some sequences re-recorded, and also new sound effects added.Why re-cut it? After years in release I took another listen, and knew I could make it better. An example, the opening scene has a father talking to his son. the actor playing the father then appears in the next scene - at the Alamo. This actor had a very distinctive voice, which I thought he could mask with a different voice, but it didn't work out. So, years later I re-recorded the fathers lines with a new actor, then inserted them into the scene. The one problem was - the original mixing sessions were long gone. I had no track separation (THE ALAMO was edited on a digital work station, not a computer - so storage space was quite limited). So, not only did I have to drop the voice in, but I had to match the sounds I used for the original edit - including matching the ticking of a clock - so the ticks would match! Then I added more to the battle, and also eliminated the scenes with Santa Ana, as our actor sounded more like Bela Lugosi than Santa Ana (Not that I know what Santa Ana sounded like, but I am quite sure he didn't sound like Bela Lugosi).

Soon, the cut was finished, and it remains one of my all time favorite productions that I was able to work on. A rousing score by Jeff Gage (we used many of the tracks several years later for our POWDER RIVER series), and a wonderful cast headed by Bill Hammond as David Crockett and John Schnatterly as William Travis. At the time I was appearing with John in MOON OVER BUFFALO, and invited him to join us at the Alamo. He said yes - and I am glad he did for he is great in this role.

I kept as close to the known facts as I could (even though an erroneous review claimed we have Travis draw the line in the sand - which never appears in the show and was not written into the script - so this critic heard what he wanted to, or expected to hear). So - on March 6, 2012, exactly 176 years after the battle, Brilliance Audio will release our production of THE ALAMO with brand new cover art by Jeff Hayes - and I couldn't be happier!