Thought I would give it a try. I am @JerryCRT if anyone is twitting around out there. I'm still not sure how it all works, or if anyone can see what I am twitting about, but I'm out there somewhere I hope.
Posted by JR at 9:47 PM No comments:

After a 15 year run, we are retiring our original logo of the old radio surrounded by our name. That design was by Marks dad, Herman Vanderberg and served us well for many years. For the next 15 years or so, we have had a new logo created by Roger Knox Design in Austin, Texas. Here it is!
Posted by JR at 12:23 PM 3 comments: 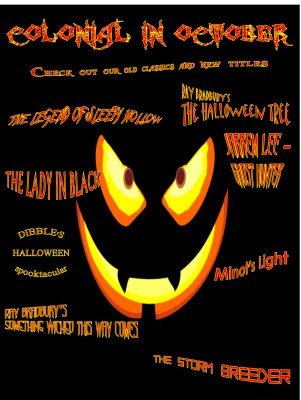 I haven't really been neglecting my blog these last few weeks; but I haven't been feeling all that well, so the time spent on the computer has been for reviewing new scenes and sending out notes; some writing, and general back and forth biz emails.

We have just two more JARREM LEE's to record before finishing the series; those will be in early November. I'm trying to secure a recording date for three shorts we are producing, called FREAKY FAIRY TALES, and they are written by our own Anastas Varinos, who, at 16 years of age, pens a very funny script! All the actors will be played by the CRT Radio kids, so these should be a lot of fun. They will be used as fillers on our on-air radio show, and will also be available as downloads.

We will soon have some very exciting release information on our production of ZORRO AND THE PIRATE RAIDERS, which, up until now has only been available at our Lulu.Com store, but just wait!! We have some great PERRY MASON and ZORRO news coming very soon!

And it's October - my favorite month of the year. I think the story that best depicts the autumn season in New England is Washington Irving's THE LEGEND OF SLEEPY HOLLOW. More of a homage to the season than a horror tale, we produced the story in 2005, won the Gold Ogle Award for it, and happily is broadcast somewhere every Halloween season. This will be it's 5th Halloween, and will be aired on several stations, as well as Sirius/XM. I'll let you know the schedule here as soon as I know it myself.

We have a few other titles suited for the Halloween season, and maybe you'll check some of them out (And remember, many of our titles are in your local libraries as digital download books from your libraries website - check with your library!); also at this time of year, you may want to try two programs we did with the great Ray Bradbury - SOMETHING WICKED THIS WAY COMES and THE HALLOWEEN TREE - both award winners, and SWTWC has a script written by Mr. B. himself!

JARREM LEE makes his bow in just a couple of weeks when the series premiers on Sirius/XM. We'll also be releasing episodes on Lulu once it airs.

That's all for now. More later I am sure. Hope you keep listening!
cheers
Posted by JR at 1:38 AM No comments: