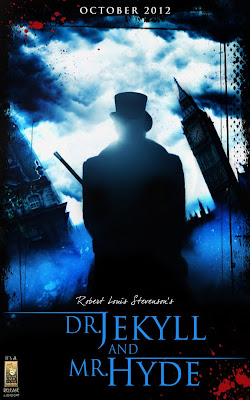 We just wrapped production on season 6 of POWDER RIVER - with 15 new episodes in the can and going into post production. Season 6 will begin on October 4th, 2012 on Sirius XM. We have recorded 30 new episodes since June.
In just a few weeks we record DR. JEKYLL AND MR. HYDE, from a script by Gareth Tilley. This will be our 2012 Halloween offering with an Oct. 1 release date.
Posted by JR at 3:55 AM No comments: 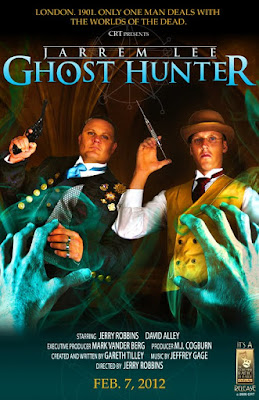 My first post of 2012!? I didn't think it had been so long since I've been here! Been VERY busy in pre-production with THE STAR ANGEL - a full length holiday musical that is set to be released Nov. 5th. We have started recording on some of the songs, while Jeff still has a couple to write - but we're on schedule. We're going to start recording in February, and it will take a few sessions. I think our listeners are going to be quite surprised with this one.

MOONFLEET, SHILOH, and TOBY TYLER have been released on CD and DL this month, with WRATH OF THE TITANS, JARREM LEE, and POWDER RIVER SEASON 2 following in February!

TOM CORBETT - SPACE CADET, THE EMERALD CITY OF OZ, ALLAN QUATERMAIN AND THE LORD OF THE LOCUST, SPIRIT RADIO, and PAWNS are all in post production and will be released very soon.

Dont forget to join CRT on Facebook for daily updates on all things CRT!
COLONIAL RADIO THEATRE'S FACEBOOK PAGE
Posted by JR at 2:26 AM No comments: