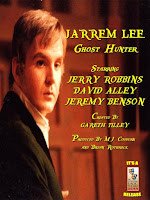 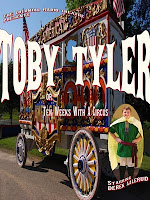 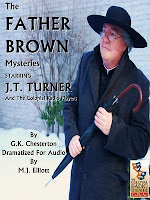 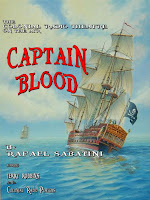 It's been a while since we released new titles to Spoken Network! Our 2004 production of TOBY TYLER has been on the site for six years, however, it was only available in its broadcast form - 7 half hour episodes. We have re-cut the program to run as a continuous feature. This is one of my favorite shows, and captures the mood of circus life in the 1880's.
CAPTAIN BLOOD, our 2006 production, has also only been available for download in episodes. It is now on Spoken Network as it was released on CD - in a continuous 7 hour program. There is also a new FATHER BROWN episode (the series will be completed in March), as well as a new episode of JARREM LEE - GHOST HUNTER.

Here are the links

ZORRO AND THE PIRATE RAIDERS

PERRY MASON AND THE CASE OF THE HOWLING DOG

TOBY TYLER or TEN WEEKS WITH A CIRCUS

THE BOOK OF NONSENSE

Today we record our final two episodes in the JARREM LEE series, and next week we begin a new series by Mike Murphy, called SOLUTIONS, INC. More on that later.
Posted by JR at 1:09 PM 2 comments: