Have you joined the club!?  Don't miss our newest release! 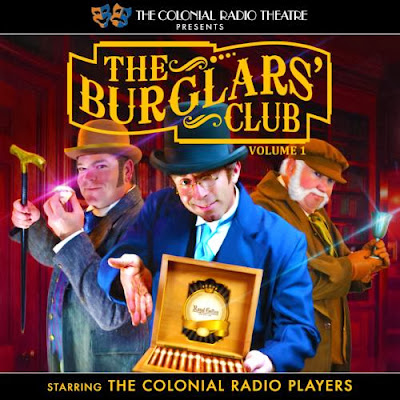 Also on Amazon and iTunes
Posted by JR at 11:21 AM No comments:

SNEAK LISTEN to THE WAR OF THE WORLDS

SNEAK LISTEN to THE BLACK ARROW

Tonight (or I guess now I should say last night) we had a sneak preview of our upcoming release THE WAR OF THE WORLDS. Got some great feedback and now we're in the old editing room tweaking a few things and adding a few things. As anyone who works on audio knows, there comes a time when you really can't "hear" the show any more ... you've heard it so many times; so, when completed, we try it out on a few people (not connected with the production) to get their feedback and thoughts.  THE WAR OF THE WORLDS has also been produced in a very different style than we normally put out, so we wanted to test that as well.
If all goes according to plan, the show should be released the first or second week in September.