IT'S DIBBLE OFF BROADWAY!

Yep, he's an XM Radio Staaa, and now The Dibble Show is heading for the Michael Weller Theatre for an Off-Broadway Christmas run in DIBBLE DOES CHRISTMAS IN NEW YORK! My good friends Drew DeCorleto and Teresa Goding at Broken Watch Theatre Co. will be producing this comedy extravaganza that opens Dec. 11th and runs to Dec.30th! This will be a New York Cast, not the cast from the radio show ~ I had hoped to play Dibble for this run, but my Dads illness makes it impossible this time around. Dibble is going to be played by Mark Setlock. Mark was on Broadway in the original company of RENT, and also co-wrote and starred in Fully Commited in which he played off broadway and won the Outer Critics Circle Award, as well as a Drama Desk nomination, and touring the show in Boston, London and all over the place. On TV has been seen in LAW AND ORDER and does some great character voices - so I am sure that Dibble will be in good hands! I'll post more information here when I get it - but all you Dibble fans who live in NYC - I hope you get to the Michael Weller Theatre at 311 West 43rd Street!


I'm very curious to know how our LEGEND OF SLEEPY HOLLOW is doing in stores - especially now that the Halloween season is right upon us! XM Radio will be repeating the show on Sunday, so that's exciting!

This has been a very rough week, and I will admit to having trouble writing the scripts needed for Monday nights session. I put the cast on notice that the scripts are on their way, but they will be last minute. I really need to get a jump start on this and get a few episodes ahead. 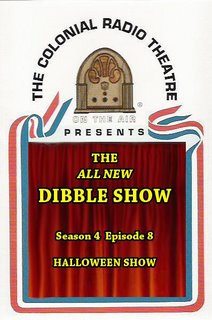 We managed to get our brand new DIBBLE'S HALLOWEEN SHOW on XM this weekend! I had sent our 2003 Dibble Halloween special, but it got lost in the shuffle over there (I bet Oprah is taking up all the load in time!)- so we sent the show via a sound file and - presto - its going to run in our DIBBLE time slots this weekend. I think this is a fun episode, and Chris Snyder did a great job editing it together.

Thats all for now - VERY long day here today. I gotta come up with a couple of POWDER RIVER scripts this week, too! The race is on!
Posted by JR at 12:55 AM No comments: 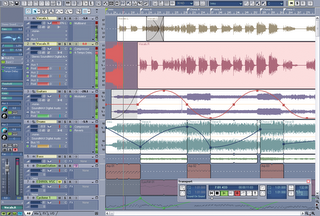 I want to officially welcome our two new editors at CRT - Chris Snyder and Matthew McLaren. Chris resides in Arizona, and has edited season 3 of POWDER RIVER, and is now working on our PHIL BYRNES MYSTERY series. He also edited our re-make production of TREASURE ISLAND. I know I have mentioned Chris before on the blog, but I dont think I have OFFICIALLY introduced him to you. If I did, all the more reason why I need help with the workload - I'm losing my mind!

Matthew lives in Denman, Australia, and is a fantastic editor (we are airing his horror turn THE HOUSE IN THE CLOCK on our XM show in another week). Matt is also working on the PHIL BYRNES show.

We are very lucky to have these two master editors with us right when everything is getting busy busy! I feel like the cavalry has just come over the hill!

Also, please welcome Brandon Cole - a voice actor from Ohio who has joined the CRT players! Brandon played an outlaw in POWDER RIVER - THE NITRO GANG, and just recorded for PHIL BYRNES.
Posted by JR at 3:37 AM No comments: