You can now pre-order our newest release, KING SOLOMON'S MINES, from Amazon. Here is a LINK
Posted by JR at 12:59 PM No comments:

I am very happy to announce that The Colonial Radio Theatre will be doing THE PERRY MASON RADIO DRAMAS.We're still working out some final details, but the contract is done, and all looks good! This will be the first time the original books by Erle Stanley Gardner have been fully dramatized for audio theater, and let me tell you, they are exciting! We are starting with book 1, THE CASE OF THE VELVET CLAWS.

THE CASE OF THE VELVET CLAWS was the first Perry Mason mystery written by Erle Stanley Gardner and published in March 1933. For the first time, we meet Perry, his secretary Della Street, and his favorite detective Paul Drake. District Attorney Hamilton Burger and Lieutenant Tragg don't appear in this story. And most telling, there is no courtroom scene in the entire novel. CRT is doing the show as written, set in 1933!

The plot has to do with a mystery woman who calls herself Eva Griffin. She comes to Perry Mason claiming she is being blackmailed. She wants him to help her. But before things are done, she is accused of murder. And in turn, she puts the blame on Perry Mason himself! But Perry avoids being double-crossed, and valiently fights to see that she is cleared of the charges.

Diane Capen (Sandy from Powder River) stars as Della Street, J.T. Turner (Father Brown) is Detective Paul Drake, and yours truly is Perry Mason. Deniz Cordell adapted this book for audio, and it will produced by Chris Snyder. Expect to see it on XM very soon. A CD Release Date has not been decided upon yet. Two other PERRY MASON dramas are already in production.
Posted by JR at 2:54 PM 5 comments:

CRT will be releasing a new FATHER BROWN MYSTERY this week onto Spoken
Network. THE ORACLE OF THE DOG stars J.T. Turner, Shane Clarke, Brian
Rust, Amy Sheridan, Elie Hirschman, Hugh Metzler, and yours truly.
Produced in high style by M.J. Cogburn, the music is by Kevin MacLeod
and the script was written by M.J. Elliott.
Posted by JR at 9:28 AM 1 comment: 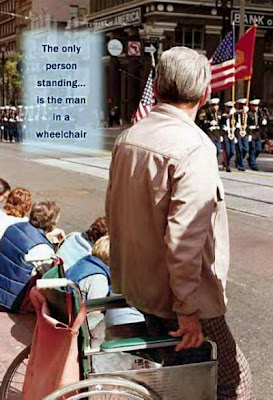 I have very clear memories of Memorial Day from when I was 8 or 9. In those days, it was celebrated as the holiday it was - on the actual day - not a "long weekend." Our holidays have, in many ways, lost their meanings. I can remember going shopping with my Mom at Wilmington Plaza, and the vets would be selling poppies. I remember how special it was to buy one, and how I knew even then, what it meant. I wonder how many kids today know? I wonder how many know the meaning of this day? Very few, I would imagine. How sad.
Posted by JR at 1:56 AM 1 comment: