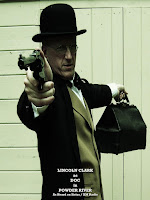 QUESTIONS FOR LINCOLN CLARK?? Lincoln will be my guest on COLONIAL RADIO TALK, our new podcast, recording Mon. Feb. 15th. Lincoln has been with CRT for 20 years, and is perhaps best known as "Doc" in POWDER RIVER. If you have anything you would like to ask Lincoln, please post your questions in the CRT Forum in the catagory of QUESTIONS FOR THE CRT PODCAST. This show will be posted March 5th
Posted by JR at 12:31 PM No comments:

Check out the brand new COLONIAL RADIO PODCAST! This is going to be a "behind the scenes" look at CRT shows past, present and future with the actors of the CRT Players. This week, my guest is J.T. Turner in the first of a two-part interview!

THE COLONIAL RADIO PODCAST
Posted by JR at 12:39 AM No comments: 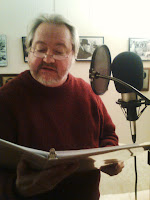 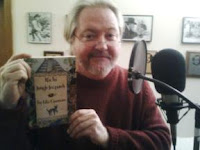 Been a busy month here at CRT, including finishing off our 12 hour production of TICONDEROGA. We've recorded the bagpipes and drums and putting the finishing touches on the battle scenes - which are rather extensive! The show began broadcasting Dec.4th on our Sirius/XM Radio Show, and will continue through May.

Also this month we recorded a book, KICHI in JUNGLE JEOPARDY, which is a fun story that I think kids will love. J.T. Turner performed this one, and we managed to record the entire story in one day!

Also in production is our PROJECT-X; a feature that we will announce the title of when it is completed, and also a new series SOLUTIONS, INC. began recording and will continue through March.

Pictured is J.T. Turner at the session for KICHI!
Posted by JR at 7:13 PM 2 comments: