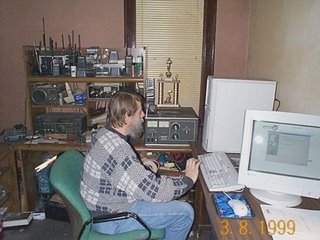 When I think of who CRT's most enthusiastic supporter has been, in all the years we have been around, I would say without needing to even think about it - Dean Spratt.

Dean passed away today, Sat. Jan. 20th, after suffering a massive stoke a week ago. I never met Dean in person - and I wish I had. Actually, we were supposed to meet in Minneapolis last July as I was planning on being in town for the Mark Time Awards, but my Dads illness prevented me from attending and we said "next time."

We first heard from Dean a week or so after POWDER RIVER first went on XM Radio, Sept. of 2005. He contacted us and wanted to air it on his weekly show, THURSDAY NIGHT POTPOURRI, which was a Satellite Broadcast on the W0KIE Network. We said "Sure!" and the show went on the air at 11pm EST, in November of that year - and stayed in that slot until just two weeks ago when Season 3 ended. He was currently running A PHIL BYRNES MYSTERY and was looking forward to airing Season 4 of POWDER.

Dean had such enthusiasm when he talked about POWDER, and our other productions - and I know he turned a lot of folks onto CRT. He had a great show on Thursday nights, and many times I had him tuned in on my computer to hear his latest gripes and the eclectic music he would play. He loved what he did so much - and it showed through more than many people I have heard on the air.

But still, it was something how he took to POWDER RIVER. He would talk to me about the characters, the plots, the effects, and he got even more excited when Chris Snyder became the series producer and we started editing in 3D sound. I was listening to his show one night after an episode ran, and he said "Man, how I love this series." That meant something to me ... to know that something I wrote could make someone feel like that. I asked Dean if he would like to appear in the show, and he said yes! He recorded his lines and sent them to me, and they were cut into two episodes, THE NITRO GANG and JACK SHERMAN ESCAPES. He did a great job, and wrote to me saying that it was hoot to hear himself with the cast. I will cherish those two episodes.

Dean was looking forward to season 4, and a couple of times quizzed me on "what happens next?" I wish he could hear them. I wish he were here with his family. I wish there was something I could do.

He had a great "radio voice." He was a wonderful entertainer. He was a nice man. From what I understand, I think he was on W0KIE longer than any other host. I only knew him for a year and four months - but it seems like many years. And many GOOD years. Maybe you've been lucky enough to have met someone like that in your life.
They are special people.
Very much so.

Productive week - 2 more POWDER RIVER episodes finished, read two books (not for fun,they are future projects I need to dramatize),did some editing on the vocal masters to a new show, and worked on two scripts.

I just finished revamping my CRT mailing list. It gets frustrating when I have trouble casting shows with five roles and there are 50 actors on the CRT list - and most haven't been in a show in over a year. I want the numbers to reflect what I actually have, so I adjusted the list to active members. I hope no one gets mad, but I really like to know exactly what I have to work with - and my days of chasing people down are long over.

FATHER BROWN starts production on the 29th, and we hope to get this one out on CD ASAP! I'm very excited about this series. Matt McLaren, our editor in Australia, is currently posting the first episode; and I will edit a couple as well. I want this one out the door by the first week of March, at the very latest. Also up at bat is our first Louis L'Amour story, which I'll record in February.

I finally got to listen to a production from Big Finish, out of the UK. It was a Dr. Who program. Now, I have always disliked Dr. Who (I cant deal with those BBC tv shows) - but this production was incredible! I loved it! Dr. Who works best in radio! I don't have a link handy, and I'm too lazy to look for one, but google Big Finish if you're interested. 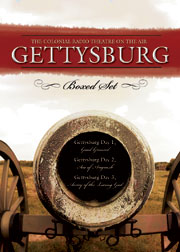 Our 1999 production of GETTYSBURG gets its first CD release on May 1,2007! I'll write more about this program, and everything that went into making it, as we get closer to the release date. I think it remains the single most difficult program I've done to date - keeping a battle going, pretty much continuous, for three and a half hours. We had a great cast to pull it off, and as usual, another great score from Jeff.

GETTYSBURG has to date, only been available on audio cassette, so this is going to be great because now it can be heard in all its digital glory - and Blackstone does another fantastic cover!
Posted by JR at 7:29 PM 2 comments:

I was very shocked, and sad, to learn this evening that this past Saturday, our good friend, Dean Spratt, suffered a massive stroke. Dean is Powder River's biggest supporter on the air, and has run every episode on his THURSDAY NIGHT PROGRAM out of Minneapolis. I've spoken with Dean many times, both in private and on the air, and he has done more to spread the word on CRT than anyone else I know. He even did a guest starring role as "Dr. Lyman" in two episodes in season 3. From what I have heard, there is most likely considerable damage to his brain, both left and right sides. If you're the praying kind, you may want to pray for him, and his wife, Carol, and their kids. He does a great show, and I hope he is one day back on the air ... and I bet he will be.
Posted by JR at 3:22 AM No comments: 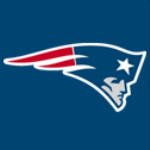 A VERY stress filled afternoon at the Pub with Cynthia watching the Patriots / Chargers game! I thought it would be a nice time away from work - but MAN was it a nail biter! BUT - they beat the unbeatable Chargers in a hard fought game (and what was most amazing was that Cynthia predicted they would win by three - and they did!).

I felt I could slack off as I finished the script for our first Louis L'Amour program, and now I am starting in on the second one. So that will be most of the evening here. Nothing exciting to report really - everything is either in post production or in the writing process; but I've managed to do 5 scripts in 14 days! I'm not saying they're any good, but they're done!
Posted by JR at 9:18 PM No comments: