This week we'll be recording THE BLACK ARROW by Robert Louis Stevenson. Very excited about this one, as it has always been a favorite story of mine. It will complete our adaptations of RLS stories that started with TREASURE ISLAND, and continued on with KIDNAPPED and DR. JEKYLL AND MR. HYDE.  Newcomers Colin Budzyna and Natalie Vatcher head up a cast of CRT veterans that include J.T. Turner, Joe Caliendo Jr., and Tom Berry. An exciting tale set during the War of the Roses, look for this one to be released late in 2013.

THE LEGEND OF SLEEPY HOLLOW will have it's 8th annual broadcast on Sirius XM Halloween day. Not sure of the time yet. Have you heard this one yet? Jeff wrote an amazing music score, one of my favorites I might add, and I can't think of a better Ichabod Crane than Lincoln Clark.  Some people have commented that the show isn't violent enough, or scary enough ... unfortunately, Tim Burton took a great story and turned it into his own vision (basically just using the title and tossing everything else away), to the point where many of today's listeners think that is how the story goes.   SLEEPY HOLLOW, as written by Washington Irving, instead paints a vivid picture of Autumn in New England and the atmosphere of a town built on legend. Is the Headless Horseman real - or just part of that legend that makes everything a little more magical when the leaves turn to red, orange, purple?  We did the book as written by Irving, not the movie bastardized by Burton .... which is why some younger listeners write to me telling me how I screwed the story up!  No kidding!

POWDER RIVER SEASON 7 is now in the can and awaiting editing, and we have agreed to record an 8th season, which, when completed, will bring our episode count to 120!

Next week we have the premiere at the QP Playhouse for THE STAR ANGEL, and all proceeds we raise will be for the Dana Farber Childrens Cancer Center. The money won't be used for research, but for presents and things to brighten up the ward.  I'm sure I'll have some pictures to post of the event.

THE CANTERVILLE GHOST continues in post production with CRT Producer Bryan Rothrock. It's sounding great so far!  This production is significant to everyone here at CRT as it is the final leading performance by our friend Hugh Metzler, who passed away August 14h. In the role of Lord Canterville, Hugh turned in another gem of a performance with that one of a kind style of his. We will be dedicating this production in his memory when it is released in May of 2013. 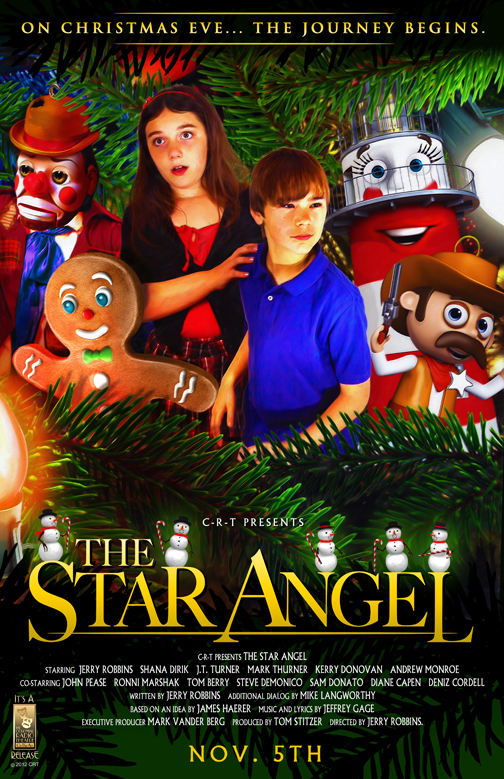 Just released on iTunes is the Original Cast Recording of our new musical, THE STAR ANGEL. Twelve brand new songs by C-R-T composer Jeffrey Gage are included on this album, and they are sure to get you humming along and singing out loud once you learn the words (especially the show stopping SNOWMAN SPECTACULAR!).

THE STAR ANGEL - A Musical For Christmas. Original Cast Recording. 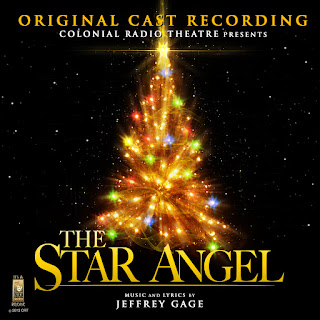