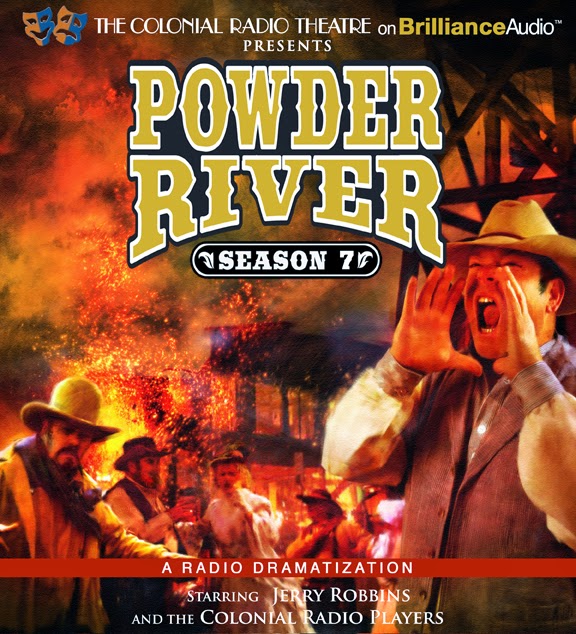 Tomorrow we record three more episodes for POWDER RIVER season 9. These were originally scheduled for a couple of weeks ago, but we had to postpone due to some casting issues; but we're back in the saddle so to speak, and after tomorrow, only two episodes remain. We'll record those in June - just as soon as I write them.
At the moment I am starting on my next ROYALL HOUSE script, and the final installment for the first volume. Not sure if we will continue with any additional episodes - we'll see how Vol. 1 does in release before making that call.
My writing schedule consists of the following: 1 ROYALL HOUSE script, 2 POWDER RIVER Season 9 scripts, 12 POWDER RIVER season 10 scripts, 12 TICONDEROGA season 1 scripts, all due before the end of Sept. In addition, I just finished the latest draft of our stage version script of THE STAR ANGEL, which we will use for pitches, and I'm now working on the latest screenplay version.

At the moment I'm also checking with the cast of regulars for POWDER RIVER regarding the 10th season, which we will begin recording in July. I always give them the option of continuing for another round, or bowing out.  So far Jack Libresco (Cheyenne), Lincoln Clark (Doc), Marcia Friedman (Etta), and Ronni Marshak (Mrs. Hudson) have signed on for another 12 episodes.
Posted by JR at 4:09 PM No comments: