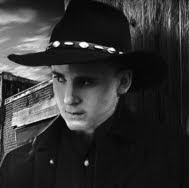 The heat wave continues, and boy was it HOT today here in Boston with temps over 100. Despite the heat, we recorded two more episodes of POWDER RIVER - Season 5, with a two-parter called INTO THEIR OWN HANDS. Very happy with the way it turned out; 15 episodes are planned for Season 5, and we have recorded 8 so far! Two more sessions in August and one in September will wrap the season.

We have decided to continue the series with a sixth season, which will record October thru December, and an additional 15 episodes. We will be adding some new cast members as regulars, and I have several episodes already mapped out. This series has truly taken on a life of its own.

Not sure when these new episodes from Season 5 will go on the air; I won't schedule them till we have at least ten edited; but I am thinking it will be March or so.

Season 1 will return to Sirius XM in November, followed by Seasons 2,3,4.

The series will also be released on Brilliance Audio. Here are the release dates:

(Pictured is Derek Aalerud, as Chad MacMasters. Season 3 artwork by Jeff Hayes.
Posted by JR at 2:41 AM 1 comment: