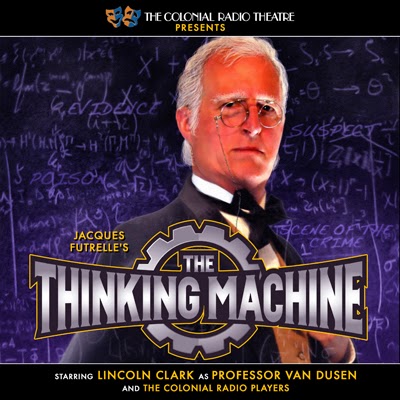 Professor Augustus Van Dusen, the 'Thinking Machine,' is an eccentric scientist with superior mental powers, who insists that logic will solve any problem. He has an assistant, the clever newspaper reporter Hutchinson Hatch, who brings him cases. the escapades of Professor Van Dusen provide a splendid romp for all lovers of traditional mysteries.

THE THINKING MACHINE on AUDIBLE

THE THINKING MACHINE on AMAZON

THE BURGLARS' CLUB is becoming a popular download! Lots of fun and original stories in this collection - originally written in 1910! Join the Club! We're starting to record Vol. 2 in September.

and it's on iTunes as well - but if we try to link it, it just takes you to the iTunes homepage. So, go to iTunes and search THE BURGLARS' CLUB Vol. 1 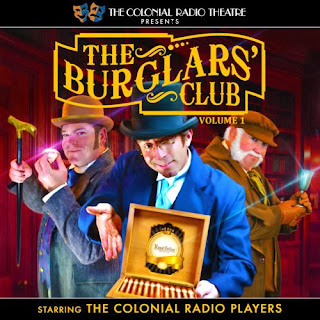 THE SHOW THAT STARTED IT ALL!

Many people who know of us think we got started doing radio plays based on events in American History (The Alamo, Battle Road, Gettysburg) Actually, we have only done a handful of historical productions when compared with our entire library.
But the show that started C-R-T was THE NEW DIBBLE SHOW! We did 13 episodes in 1990, before we started releasing shows commercially. Then we did four more episodes in 1994, and it was those four episodes that were re-recorded and released as the show we know today. While some of the episodes have been available on Audible for years, we are going to start releasing the entire DIBBLE series (2003 - present), starting with Vol. 1 (which includes a few episodes never aired on Sirius XM!). We've tightened them up and punched them up, and they sound better than ever.  Hope you come and join us in Glorious Mayham Massachusetts at the Town Hall Theatre for lots of laughs with THE NEW DIBBLE SHOW! 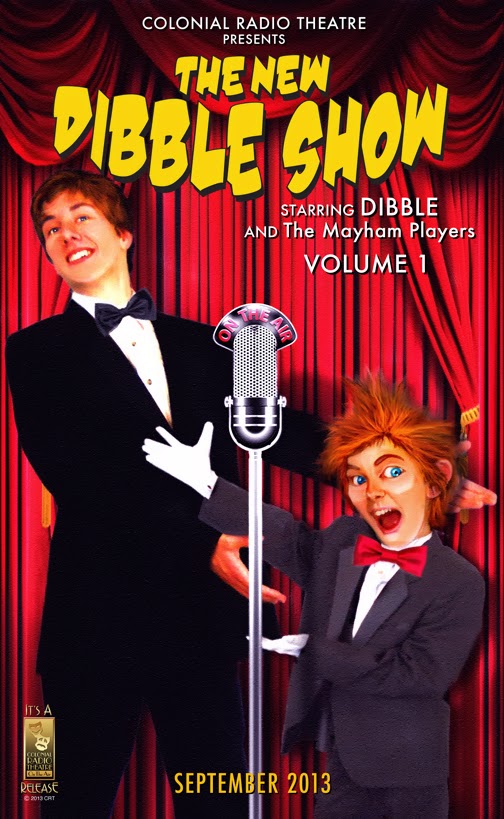