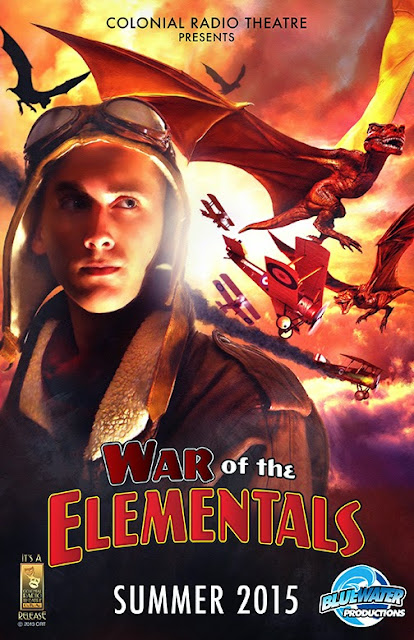 1915 France. The Great War rages and a new breed of hero take to the skies. Part bull-terrier, part daredevil, the aces of the Royal Flying Corps' 5th Squadron are Britain's elite. It was an era of counter-intelligence, dogfights and drinking songs. But that was before the world changed. That was before the Elementals. When a routine mission goes awry, the 5th Squadron finds itself trapped in an unreal world called The Source. Here giant bat-like creatures dominate the world keeping the Universe, and all of its parallel realities, in a precarious balance. But despite its serene appearance, it is a violent, predatory land. Trapped along with Germany's greatest flying ace, they all must work together to find a way back home. But the home they left is no longer the world they knew.
Starring our "Tom Corbett" trio - Andrew Tighe, Mark McGillivray, and Mark Thurner. Produced by Brian Rothrock, Music by Jeffrey Gage, Directed by Jerry Robbins.
Posted by JR at 6:06 PM No comments: 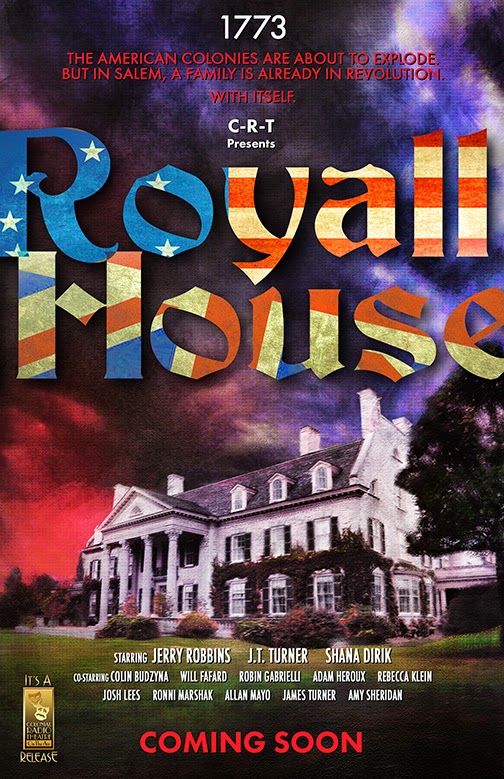 Alexander and Tobias Royall. Two brothers. One smuggles tea to New England ports on his ships to avoid paying an unjust tax, the other is a prominent lawyer who supports the crown. One resides in Royall House East, the other in Royall House West. Both have wives and children who also have their various political beliefs. While the colonies of New England are on the precipice of revolution against the crown, the Royall family is about to explode with a revolution within the walls of their homes. Who can be trusted? Brothers, sisters, house servants, and townspeople are all shrouded in a cloud of suspicion, mystery, murder and betrayal

Here is a clip:

ROYALL HOUSE
Posted by JR at 11:24 AM No comments: