We're about to start our 2013 recording season in just a couple of weeks, with the first episode of THE THINKING MACHINE. Cast is in place and ready to go! Also next month we start recording Flint Dille and David Marconi's AGENT 13 AND THE INVISIBLE EMPIRE. Tom Berry is cast in the title role. Production will be completed in March. Theo Mordey will be producing, and Jeff Gage is composing the score.     Also next month we record the first episode of THE BURGLARS CLUB, by Gareth Tilley.

DIBBLE IS BACK with a vengeance! THE ALL NEW DIBBLE SHOW is back in production with three completed episodes, and three more recording in March. The new Dibble episodes will run this summer on Sirius XM.
Posted by JR at 11:02 AM No comments: 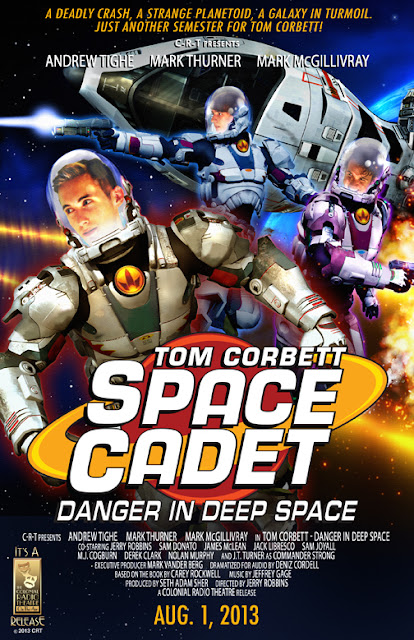